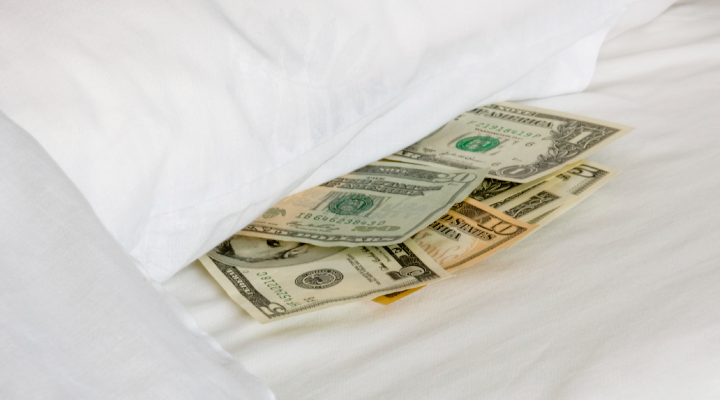 According to the national Original Tooth Fairy Poll, sponsored by the Delta Dental Plans Association, the Tooth Fairy visits 85% of Midwest households and leaves money in 94% of the homes she visits.

HOW MUCH DOES SHE DISH OUT?

Tooth Fairy payouts reached a new high last year to an average of $4.04 per tooth in Midwestern states, including South Dakota, and an even higher average of $5.07 for the first tooth a child loses.

Nationally, the Tooth Fairy paid a whopping total of $290.6 million for lost teeth last year, at an average gift of $4.66 per tooth. In South Dakota, the total gifts from the Tooth Fairy reach $781,375 given the regional average gift and the population of the state’s children aged 6-12 (when most baby teeth are lost).

The survey found a nearly even split of children were likely to spend (50 percent) and save (47 percent) the cash, with the remaining 3 percent donating the money. Investing those gifts starting at age 6 could add up to a nice retirement nest egg.

While a fun fiction to share with children, the Tooth Fairy is a great opportunity to teach lessons about money and oral health, and establish good habits for taking care of both. The Tooth Fairy may even have a mishap, with more than half of parents saying they’ve fallen asleep of forgotten to slip something under the pillow the first night.

Visit www.theoriginaltoothfairypoll.com to take the poll and report what the Tooth Fairy brings in your household!