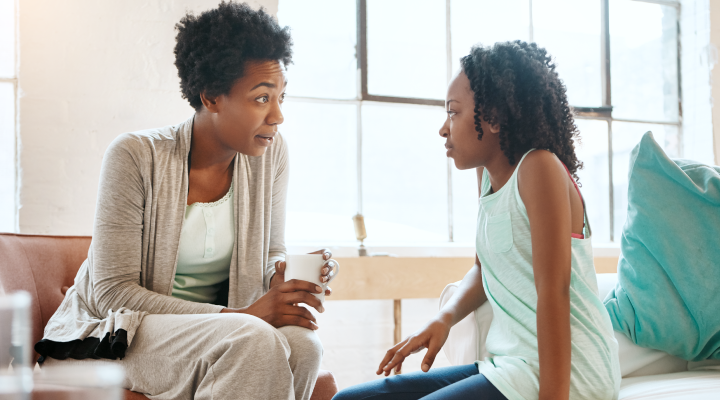 The best ways to discourage kids from using tobacco

The large majority of people who use tobacco start early, and the younger they start, the more likely they are to become addicted to nicotine and have difficulty quitting.

With more than 20% of middle school kids in South Dakota reporting they’d tried tobacco, it’s important to talk with kids about the dangers of tobacco early and often. Start chatting with them as soon as age 5 and keep an open and ongoing conversation through their high school years. If you need help getting started, try these talking points:

Tobacco is not safe in any form — cigarettes, electronic, cigars, pipes or smokeless (chewing tobacco and snuff). Using tobacco can cause cancer and smoking may lead to heart disease, stroke, lung diseases, diabetes and chronic obstructive pulmonary disease (COPD). On average, smokers die 10 years sooner than non-smokers. Make it personal with your child by using examples of relatives, friends or celebrities who’ve battled tobacco-related illnesses.

Teens may think they won’t become addicted or that it will be easy to stop. But nicotine addiction can start within a few days and after just a few cigarettes. Chewing tobacco, cigars and e-cigarettes that contain nicotine are also addictive.

Calculate the cost of smoking, vaping and chewing tobacco with your child. Talk about ways that money could be spent, like purchasing electronics, clothes and other items instead.

One of the most obvious ways tobacco is unappealing is in its effect on oral health. Tobacco usage damages teeth and gums and can cause tooth loss. Smoking can lead to yellow teeth and cause the dreaded “ashtray breath” (plus stinky hair and clothes). Tobacco usage also increases the risk of oral cancer and many other oral diseases and complications.

Kids often try tobacco to fit in with other kids. While they may see tobacco used in media or among peers, remind them that most teens and adults don’t use tobacco.

Talk about ways to refuse tobacco. Work with your child on language to employ if they are pressured to try tobacco. It’s helpful to role-play so they know how to act before a situation arises.

The more you keep the lines of communication open, the more likely your child will feel comfortable asking you questions and following your guidance to avoid tobacco.

And if you or your child needs help quitting tobacco, free resources and tools are available from the SD QuitLine.