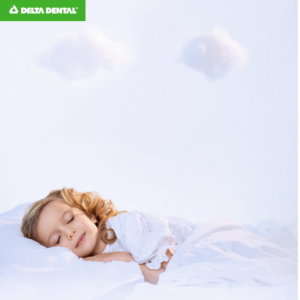 A fun analysis finds that South Dakota kids may have a significant retirement income right under their pillows.

Delta Dental of South Dakota calculated that if today’s 6-year-olds invested all of the money they receive from the Tooth Fairy, they could be sleeping on a combined total of roughly $208.5 million by the time they reach the traditional retirement age of 67.

That means about $21,000 per child when today’s 6-year-olds in South Dakota reach retirement, provided they invest all of their Tooth Fairy earnings.

The national Delta Dental Plans Association’s (DDPA) “The Original Tooth Fairy Poll” for 2015 found the Tooth Fairy visited 81% of homes in the United States, meaning out of the state’s estimated 12,257 six-year-olds about 9,928 likely received gifts.

The retirement income figure is based on a 6 year old (average age for 1st tooth loss) receiving the national average Tooth Fairy gift of $4.36 (from DDPA’s most recent survey of U.S. parents of 6-12 year olds), with 6.5% in-mouth inflation (the typical increase for Tooth Fairy gifts from year to year) for each subsequent tooth, and a 9.6% return on investment based on historic stock market returns (S&P 500 average) per year until they turn 67.

According to DDPA’s “The Original Tooth Fairy Poll,” the average Tooth Fairy gift reached a record high last year, up 24.6% from 2013 when the average gift was $3.50. Visit www.theoriginaltoothfairypoll.com to take the poll and report what the Tooth Fairy brings in your household.